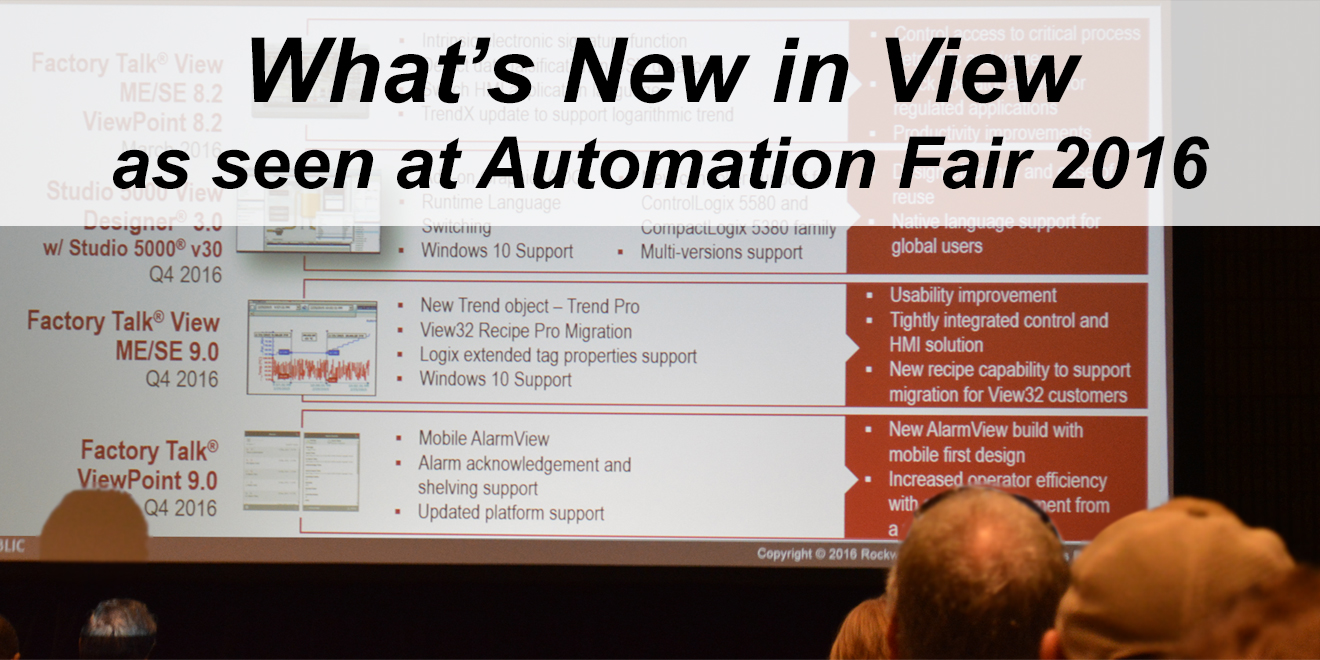 Last week I attended the Automation Fair session, “What's New in Visualization,” and below I'll recap the features and products I found most interesting:

First up was an overview slide which announced that the PVPlus 7 Standard is now available with DLR support.

It also shows increased capabilities for the Standard model with View Studio v9, including an increased screen limit from 25 to 50, and an increased alarm count from 200 to 500. 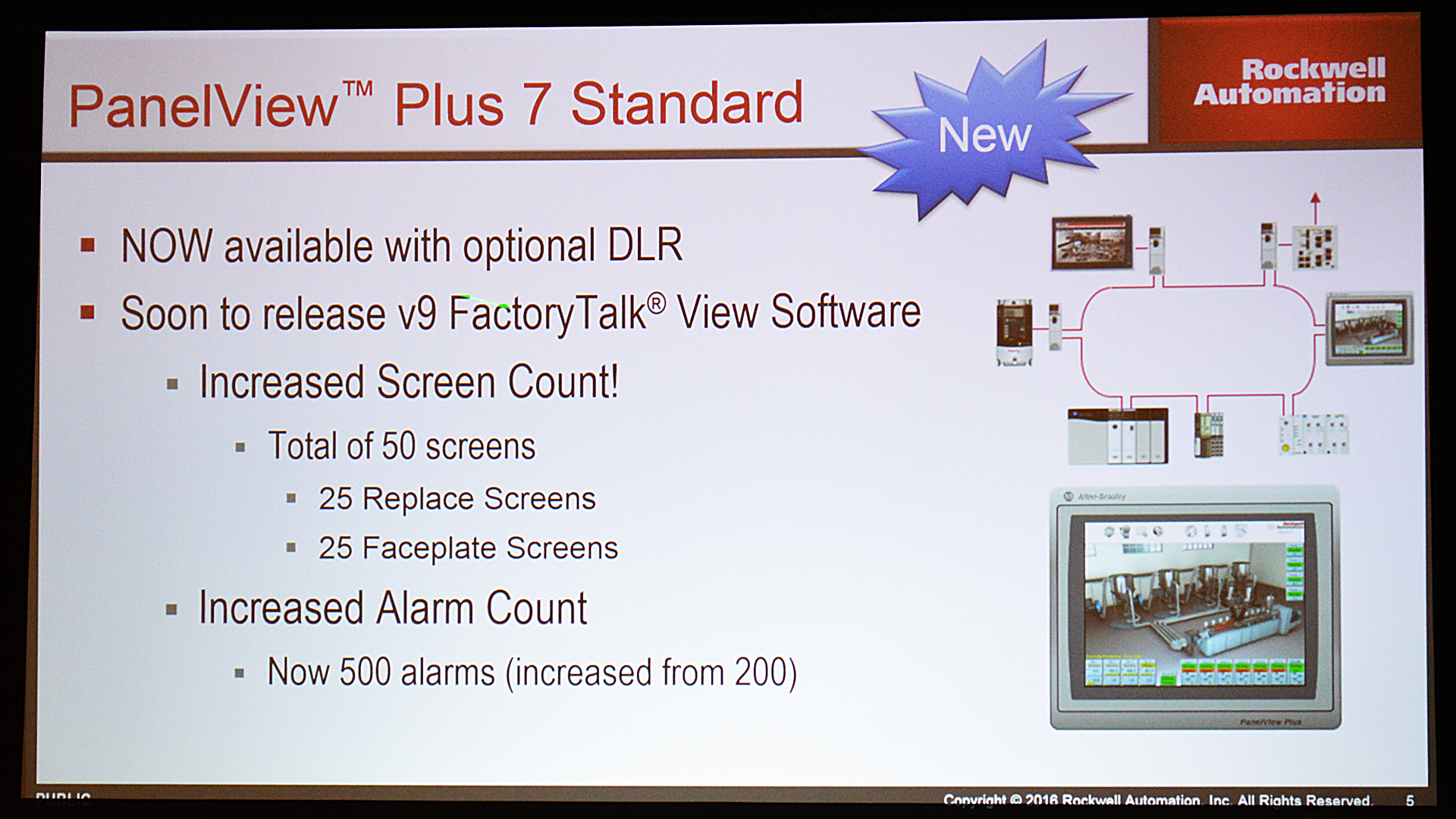 NOTE: The presenter mentioned the increased screen count was to allow use of up to 25 PlantPAx Process Object Faceplates. However, I didn't hear if those 25 screens can only be used for their official faceplates, or for on top displays, or if they can be used for any type of graphic display?

Next we were shown an overview slide about the new features coming in the PanelView 5500, including multi-version support, multi-language support, and Add-on graphics: 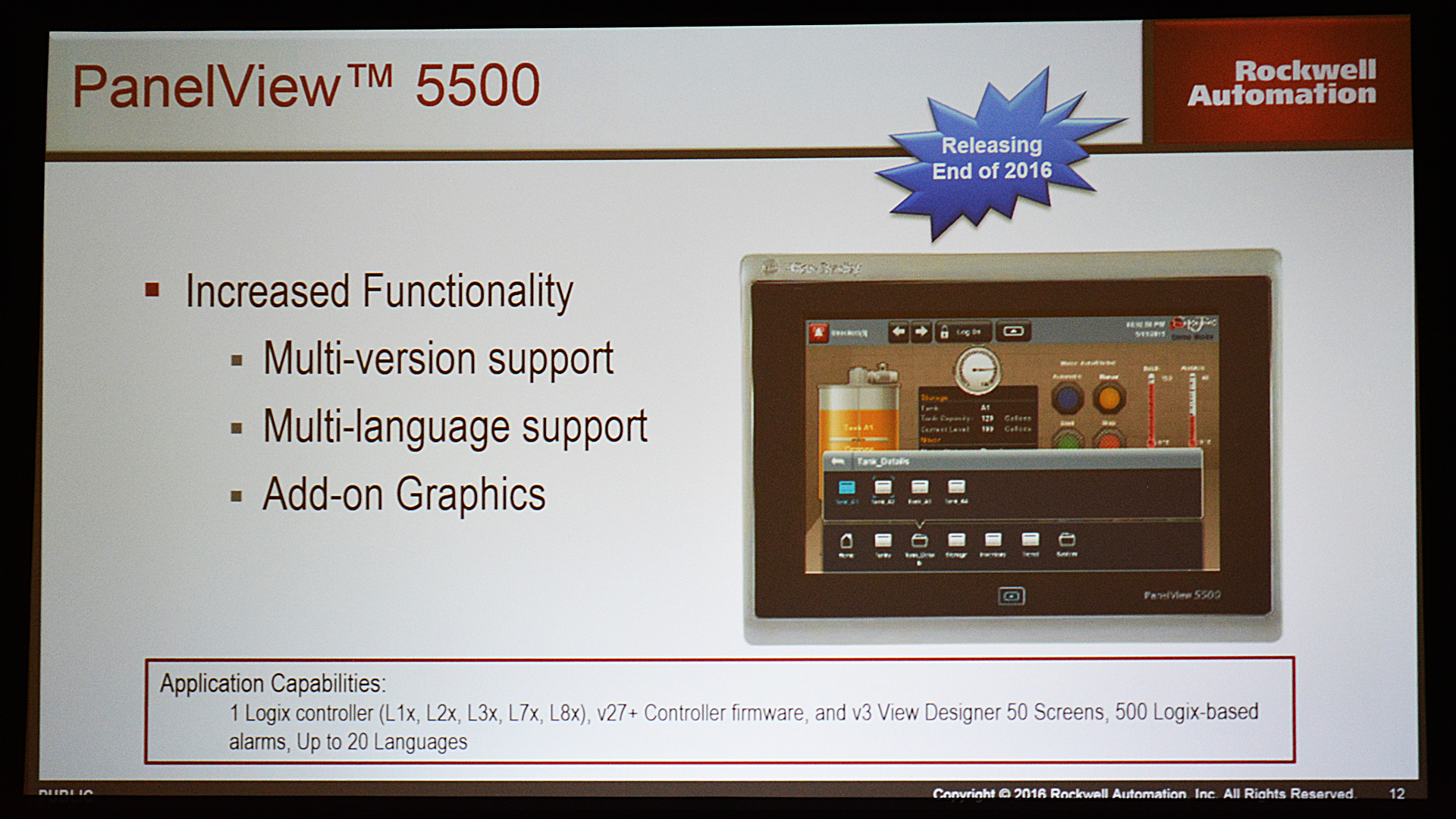 Then the presenter launched into an overview of the soon-to-be-released VersaView 5000 platform: 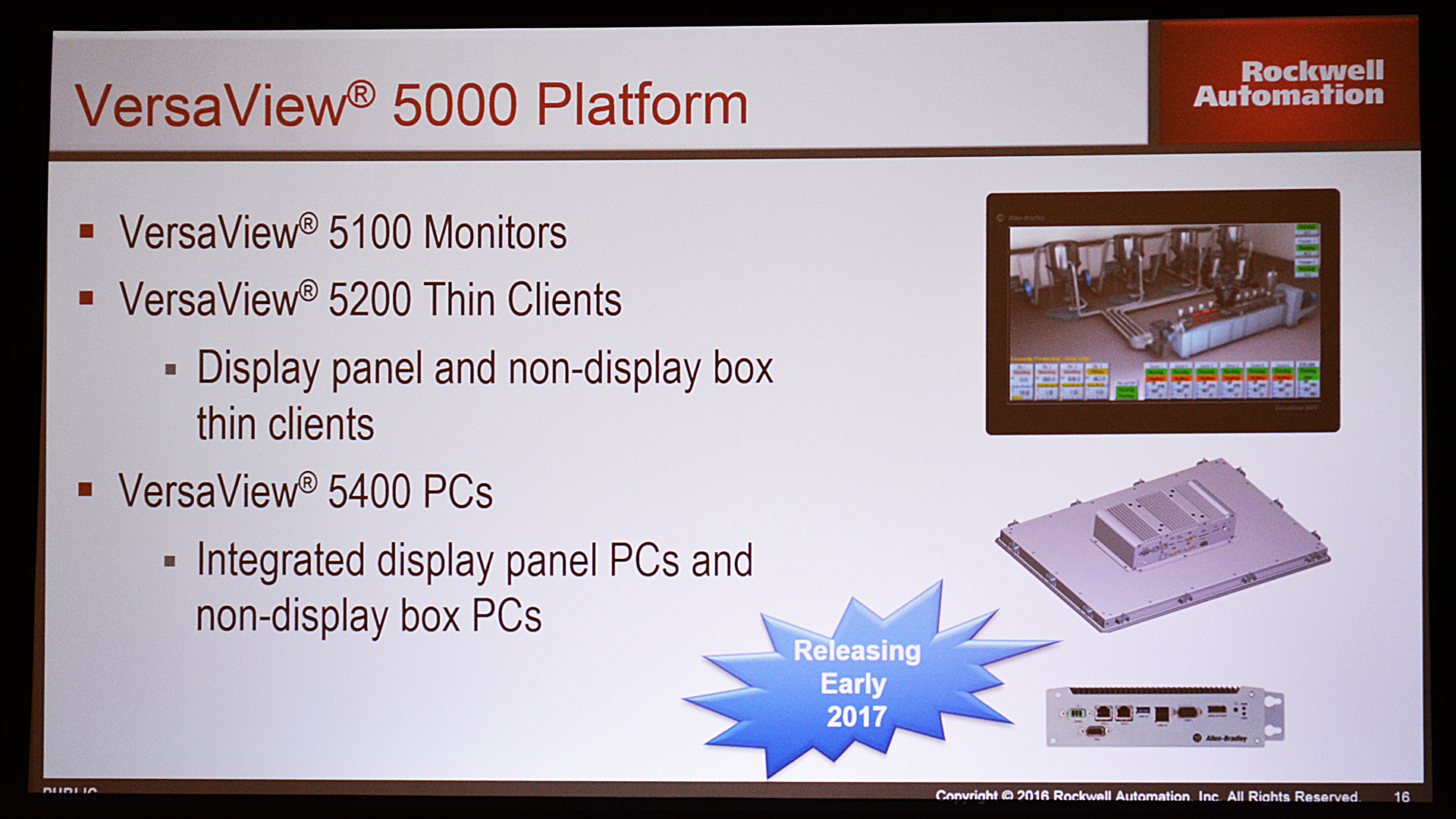 In the last overview slide, we received a summary of new features found in upcoming software releases which thankfully included Windows 10 support (click on image to enlarge:) 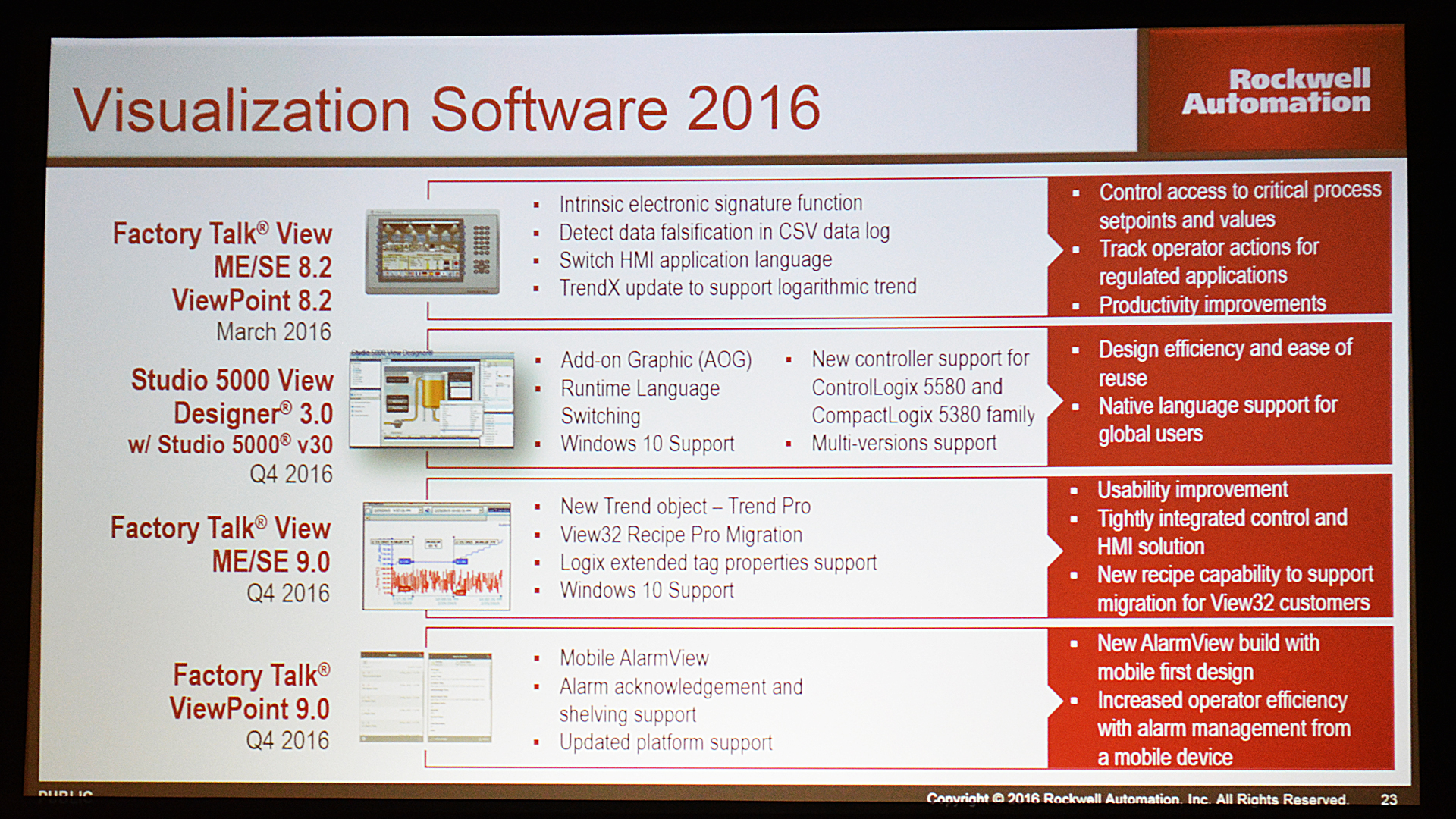 For me, one of the most interesting new features coming in ViewSE 9.0 is the powerful VantagePoint based “Trend Pro” control (TrendX will still be available for those who prefer it:) 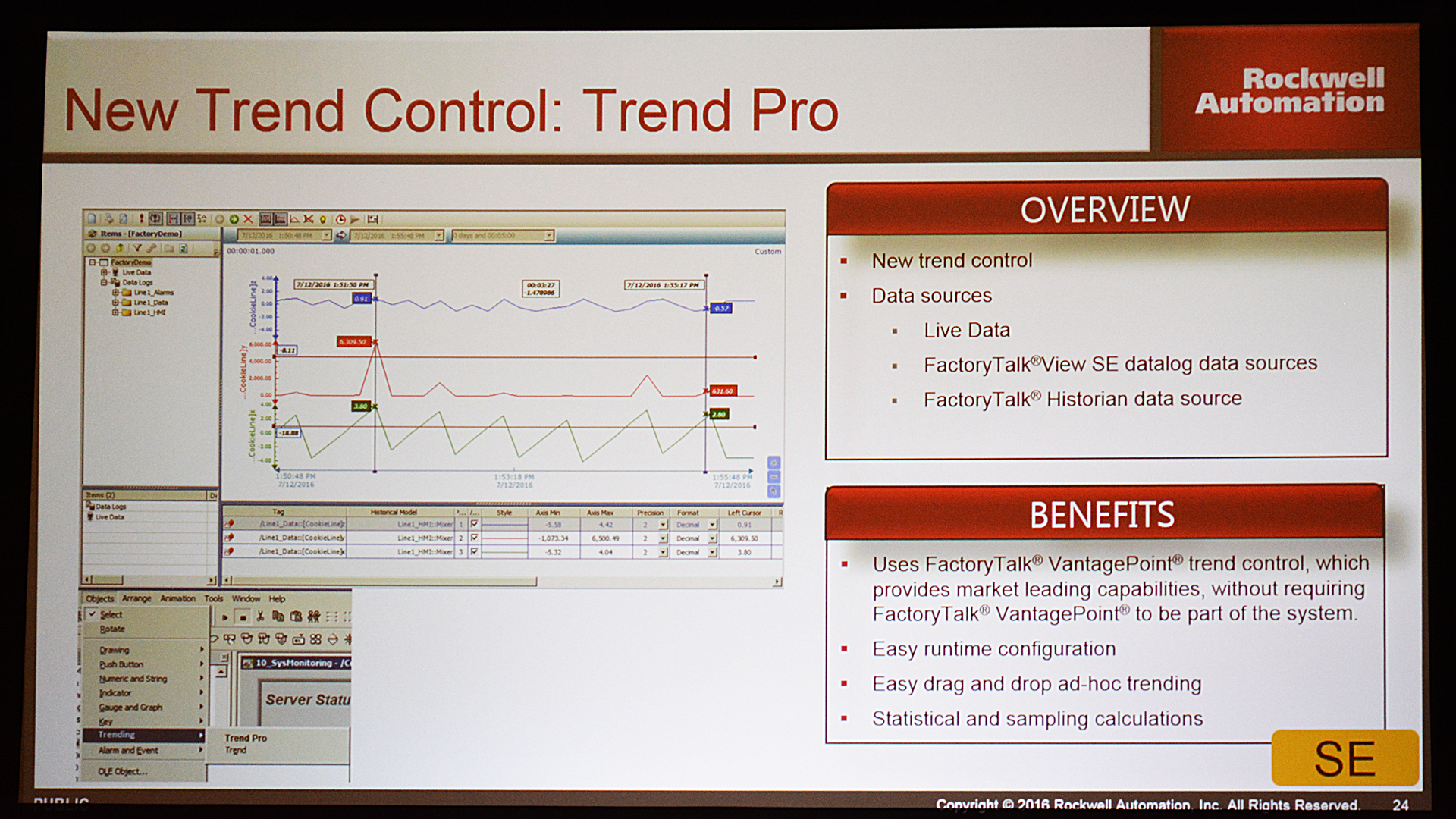 We also learned that both ME and SE would be getting support for “Extended Properties” which could potentially be a huge time saver in future projects: 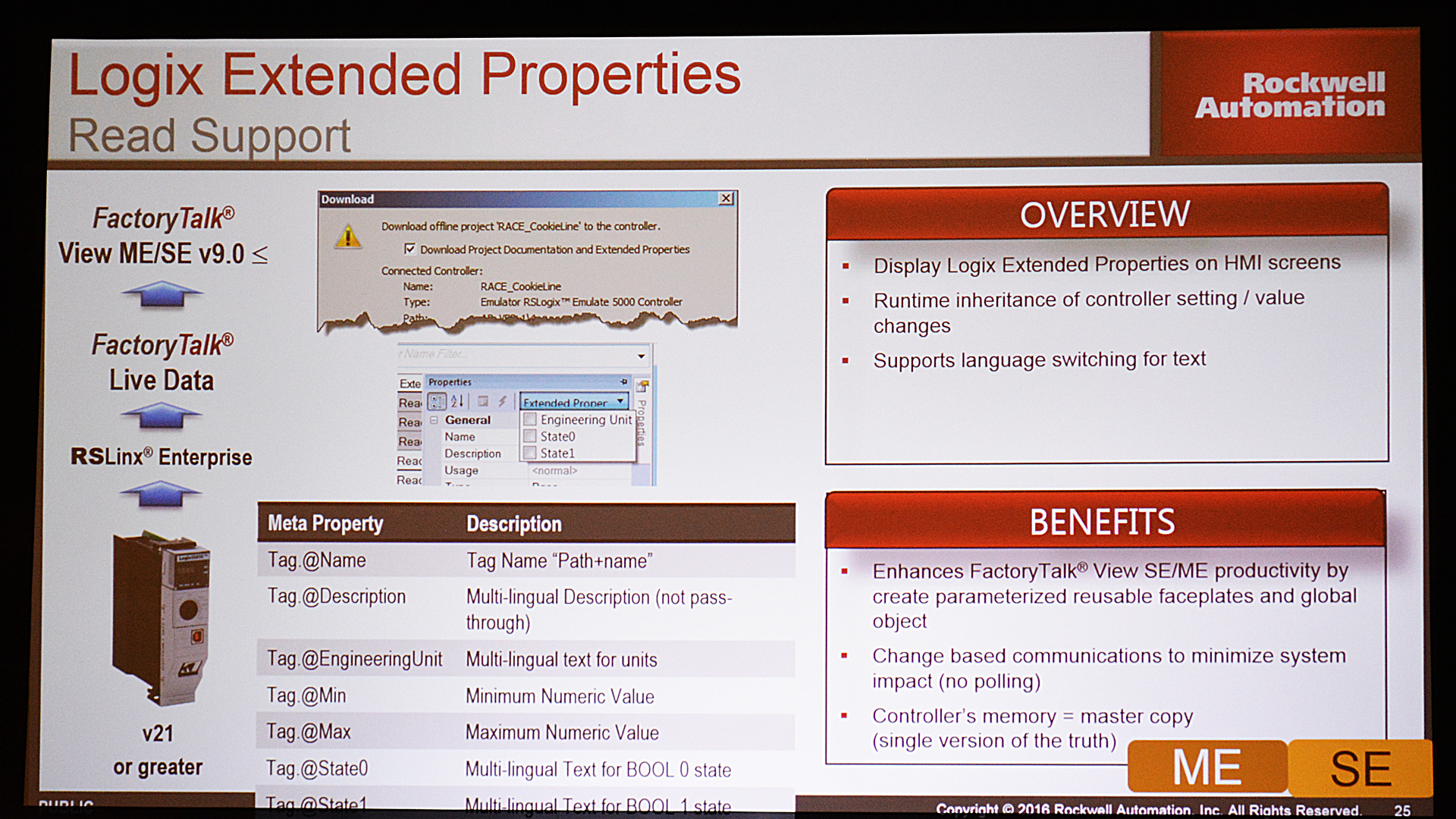 Next we learned we were getting basic support for RSView32 Recipe Pro imports in FactoryTalk View SE 9.0, with additional features planned for ViewSE's RecipePro+ in v10: 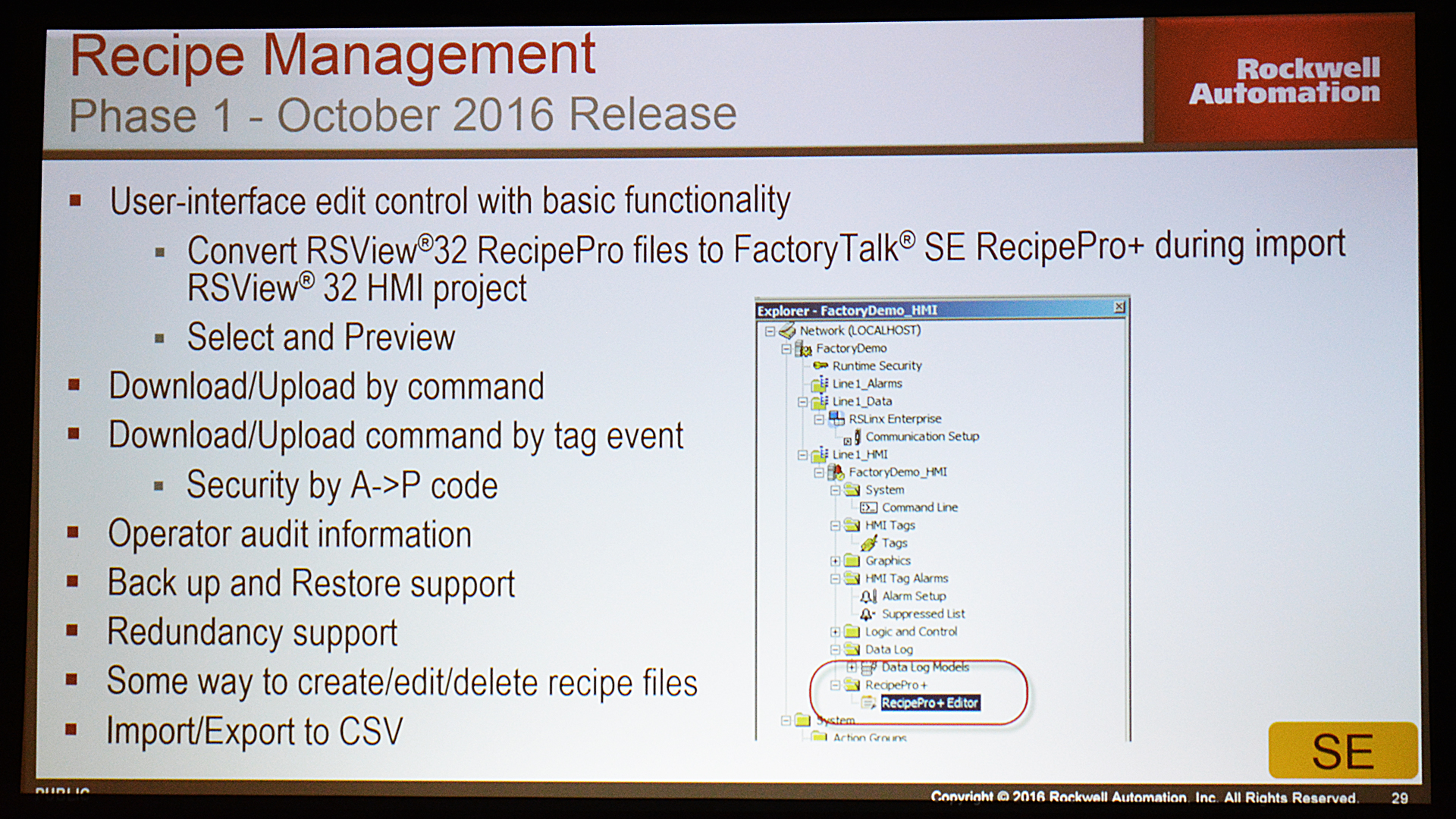 And the last noteworthy feature of FactoryTalk View 9.0  shown was the new Alarming support being added to ViewPoint. It will allow clients to easily monitor alarms using a mobile friendly interface: 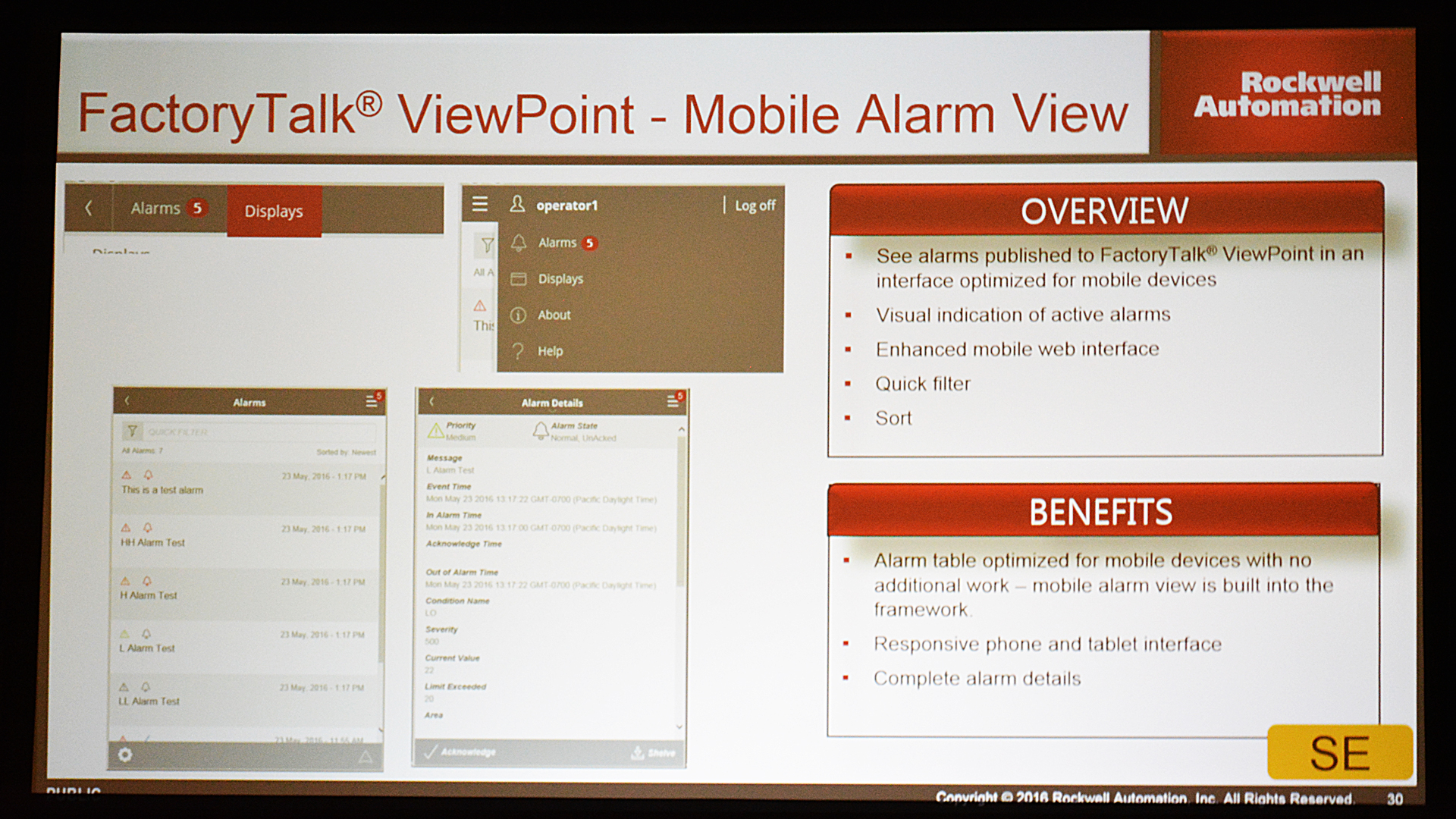 The session ended with a review of new features coming for the PanelView 5000 and View Designer, which as you can see below includes Add-on Graphics, Language Switching, and Multi-version support: 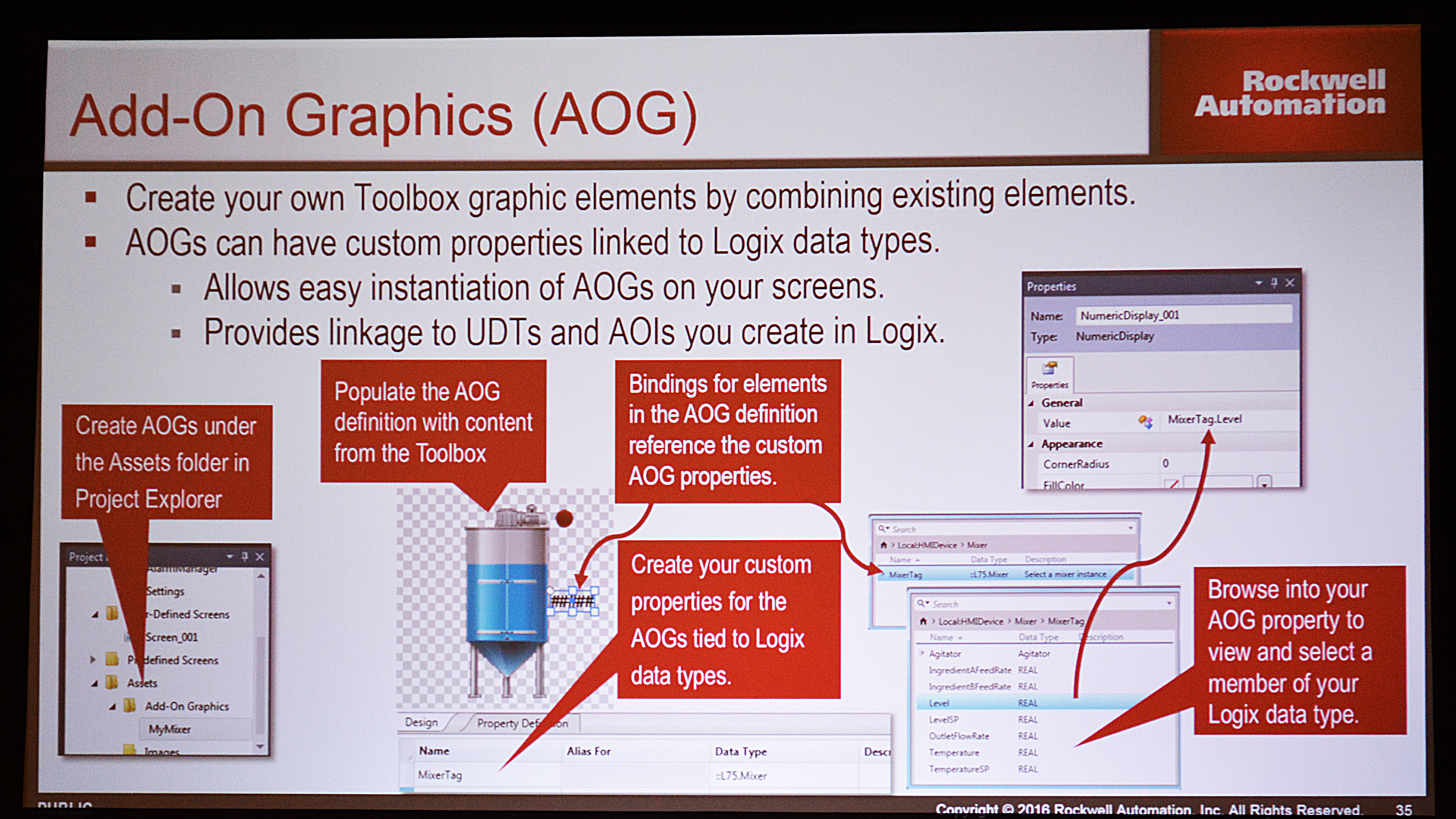 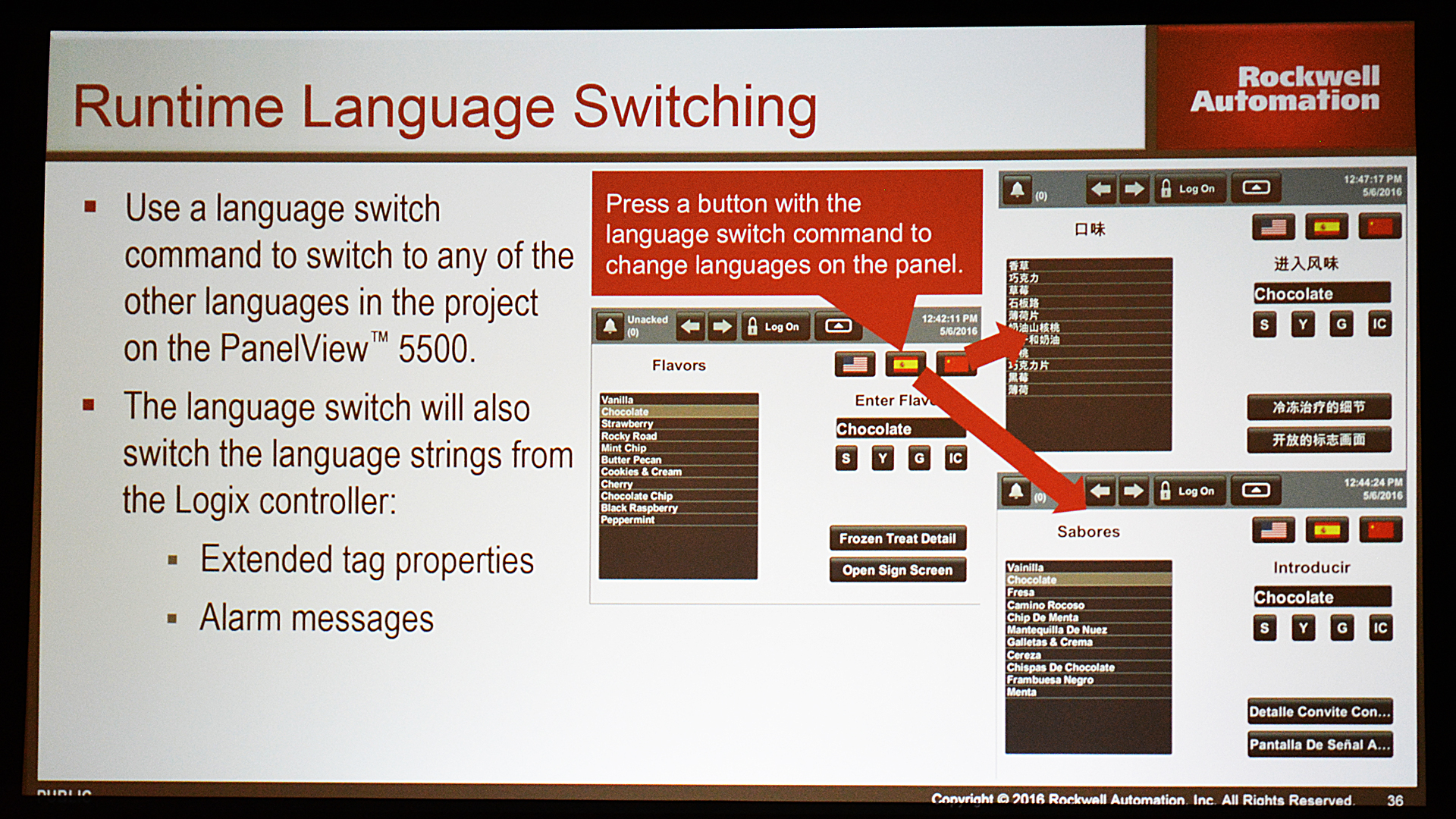 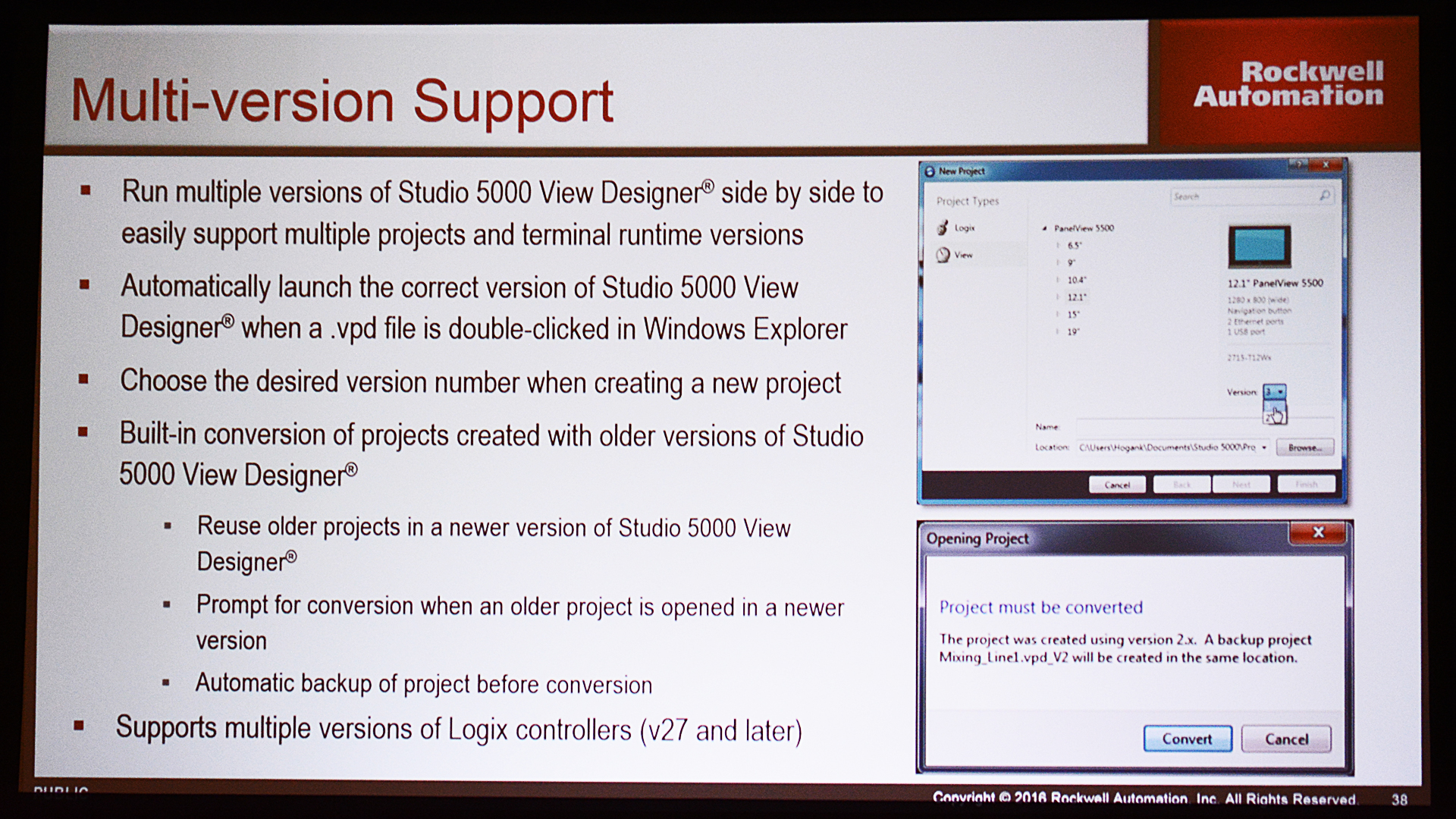 And those are my highlights from Rockwell's “What's New in Visualization” presentation as shown at Automation Fair 2016.

If you have any questions about the above features please feel free to post them by clicking on “post a comment or question” below, and if I know the answer I'll be more than happy to reply.

And if you'd like to get a copy of the complete presentation it may be available later this week on www.AutomationFair.com. If not, your local Rockwell Automation Rep or Distributor Specialist should be more than happy to send you a copy.

Enjoy the benefits of membership! Patreon.com/automation
Check out my affordable courses: TheAutomationSchool.com
Ask me questions by clicking here to go to the comments link
Have an industrial automation news tip? Share it with us here

Shawn Tierney
Shawn began programming computers as a pre-teen in the early 80's, and after earning a degree in Electronics worked as Rockwell Distributor Automation Specialist for 25 years. He launched his first website with automation content in 1999, which he relaunched as TheAutomationBlog.com in 2013. Shawn also produces a popular automation video series, and teaches PLCs, HMI, and SCADA full time at TheAutomationSchool.com. 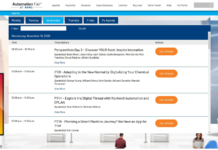 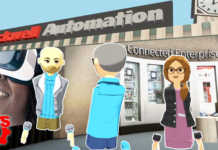 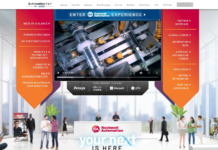 In this episode of The Automation Show I share my END_OF_DOCUMENT_TOKEN_TO_BE_REPLACED

Automation Fair At Home 2020 is well underway with dozens END_OF_DOCUMENT_TOKEN_TO_BE_REPLACED

A Day in the Life: Dead Pico? Migrate to a Micro810

Thank you [MENTION=3098]maitrey27[/MENTION], Have a great holiday season, Shawn