It's been just over a year since Rockwell launched Studio 5000 Logix Designer, and it seems I'm getting more questions about it now than ever before. 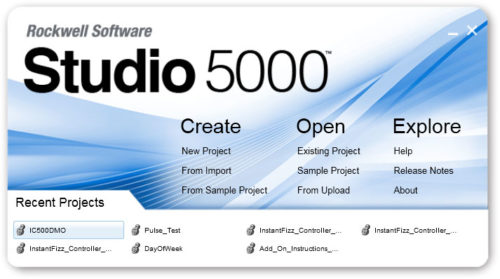 As of version 21, Studio 5000 Logix Designer is the new name for RSLogix 5000. However, there are some changes above and beyond the product name you should be aware of before upgrading, and I list my top seven below:

If you plan to use Studio 5000 Logix Designer v21, your choice of processors is limited to the latest of the latest. This includes the 5570 series represent by the 1756-L7x ControlLogix processors. It also include the 5370 series of CompactLogix processors consisting of the 1769-L1xER, 1769-L2xER, and 1769-L3xER. 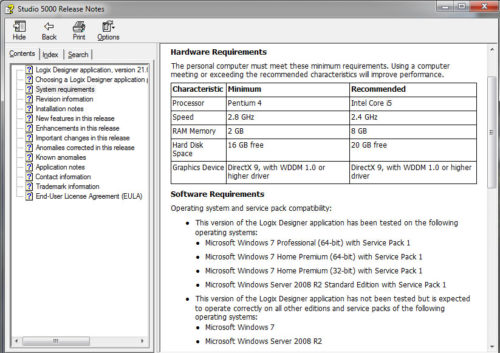 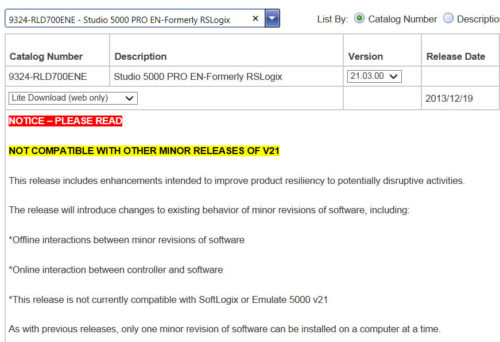 5) Studio 5000 downloads all comments to the controller

Of all the new features in v21, this is the only one I remember. Since all the new multi-core Logix processors include an additional on-board memory chip, with v21 they also now all support saving routine comments and descriptions into the processor itself.

6) Studio 5000 Logix Designer no longer comes with previous versions, but still has the same part number as RSLoix 5000

UPDATE: A few weeks after this article had been written, and several months after the Previous Versions disc had been removed, Rockwell thankfully started including it once more. You can read the full article here:

UPDATE 2: In 2017 Rockwell changed all existing Studio 5000 part numbers ending in “ENE” to be digital downloads only. To get a physical disk set you must order the part number ending in “ENM”

So what was the whole point of renaming and rereleasing RSLogix 5000 as Studio 5000 Logix Designer? Certainly not just to enable the saving of comments into multi-core processors right?

As part of a master plan to add more features into a common design platform, behind the scenes a small group of Rockwell's best and brightest are working on a new editor for a new HMI line. And this new editor, when released, is to be a free addition to Studio 5000.

I hope the above article detailing seven thing you should know about v21 was helpful. If you have any thoughts on this topic yourself please don't hesitate to share them by using the “post a comment or question” link below.

Enjoy the benefits of membership! Patreon.com/automation
Check out my affordable courses: TheAutomationSchool.com
Ask me questions by clicking here to go to the comments link
Have an industrial automation news tip? Share it with us here

Shawn Tierney
Shawn began programming computers as a pre-teen in the early 80's, and after graduating high school he went on to earn a degree in Electronics. He worked for 25 years as Automation Specialist, passionately sharing tech tips via a newsletter and BBS, before launching his first website in 1999. In 2013 he relaunched his website as TheAutomationBlog.com, and now teaches PLCs, HMIs, and SCADA full time at TheAutomationSchool.com. 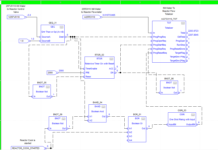 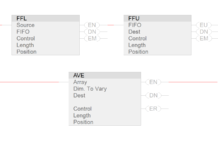 Capture and Average a Value with FFL, FFU, and AVE Instructions

In this episode of The Automation Show I share my END_OF_DOCUMENT_TOKEN_TO_BE_REPLACED

In a previous article regarding ControlLogix processor faults, I mentioned END_OF_DOCUMENT_TOKEN_TO_BE_REPLACED

If the need arises to use specific time in your END_OF_DOCUMENT_TOKEN_TO_BE_REPLACED

Good morning [MENTION=3311]reedrd13[/MENTION], I do think that will work - seems like years ago it

I just tried this and got the error "Reading C:\Users\Russell\Desktop\New Braunfels\OriginalPLCHMI\O

Capture and Average a Value with FFL, FFU, and AVE Instructions