Picture this: You enter a control room and immediately suffer sensory overload as a result from an overwhelming number of audible alarms and flashing lights.

As you take in the situation, you notice that your operators are frantically clicking every acknowledge button in sight in an attempt to silence the cascade of “nuisance” alarms.

As you take in the scene, the call that prompted your visit the control room begins to make more sense.

It was a call from your plant manager asking you, his control system engineer, why none of the operators responded to the repeated alarms that occurred overnight?

His questions included, “did we get a specific alarm?” and “was the alarm ever acknowledged?”

Now if you've never experienced a situation like this, rest assured it's a common occurrence in many facilities theses days, resulting from an overwhelming number of control system alarms.

For those of you who experience similar situations in your control rooms, I'd suggest to you that it's time to take a look at your Alarm Summary, a powerful tool when used correctly.

Example: The following alarm summary contains 26 acknowledged alarms. To be proactive, it's time for a cleanup before complacency sets in.

I've personally inherited systems with over two hundred active alarms in the alarm summary, and alarm logs that will not go back further than twelve hours due to the overwhelming amount of alarms being generated.

If you find yourself in the same situation, the forthcoming task to bring your alarms under control will take much coordination and communication between operations and engineering.

But the upside of such an effort is that when your alarms have been streamlined, it can create an environment of operator interaction that improves the overall operations of your facility, reduces downtime, and allows faster and more accurate decision making.

Getting Started With Alarm Cleanup

Make no mistake about it, cleaning up your alarm system will likely mean re-evaluating every single alarm in your system.

It will also require operations and engineering to work together to review and update the parameters of each alarm based on current conditions in your plant, including:

Many additional parameters can also be evaluated, but the above list is a good place to start.

All alarms that are determined to be irrelevant or obsolete can and should be removed from the system, while other alarms may only need their alarm limits (or other parameters) updated.

And while this process may take days or weeks, as a result your operators will have a manageable alarm summary with at most five or ten active alarms.

This in turn will allow them to notice new alarms as they come in, and will result in each new alarm getting more attention as it becomes active.

But also keep in mind that, depending on your facility and control system size, an alarm re-evaluation will likely need to take place once every six months to a year.

As an average control system experiences several alarms per month, over some time the summary will start to become cluttered with disinformation again.

So I'd recommend adding this as a preventative maintenance task in your control group, since the positive results definitely make it a worthwhile investment of time.

As control engineers we have the power to create an atmosphere in our control rooms where SCADA and HMI Alarms are important.

We can do this by keeping alarming systems free of clutter, which in turn promotes an atmosphere where when an alarm occurs we react to it instead of ignoring it, addressing and/or repairing the failure or issue.

By doing so, the probability of an important alarm drowning in a sea of irrelevance becomes much less.

And with the smoke and mirrors out of the way, the operations team will notice important alarms, and appropriate corrective action will be taken in a timely and efficient manner.

Brandon is a freelance writer for The Automation Blog, as well as a husband, father, writer and angler. He spends his days working as a Sr. Controls Engineer in the Pulp & Paper Industry 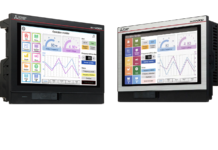 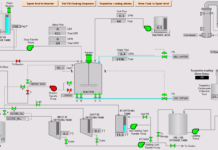 HMI and SCADA Performance and Optimization 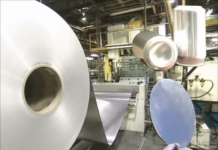 Metal Stamping and Can Making

In this week’s episode of The Automation Podcast, Jeff Brown END_OF_DOCUMENT_TOKEN_TO_BE_REPLACED

“These displays take forever to load!” It’s a common and END_OF_DOCUMENT_TOKEN_TO_BE_REPLACED

PanelView Plus to ControlLogix, SLC-5/04, & PLC-5 over DH Plus (Early Access)

Good morning [MENTION=3171]pat_utimate[/MENTION], No problem at all - for the last several years I'

Good afternoon Shawn Thanks for prompt and speedy reply, I hope Rockwell will add this simple fun

Hi Shawn, Thanks for a quick response on this. I will check your videos and figure this out. Appr

Hi Shawn, Hope all is well. Yes, you are right about the connections on relay part. Actually, I wa

How To Fix "Cannot Connect To Addin Object" In FTView Studio